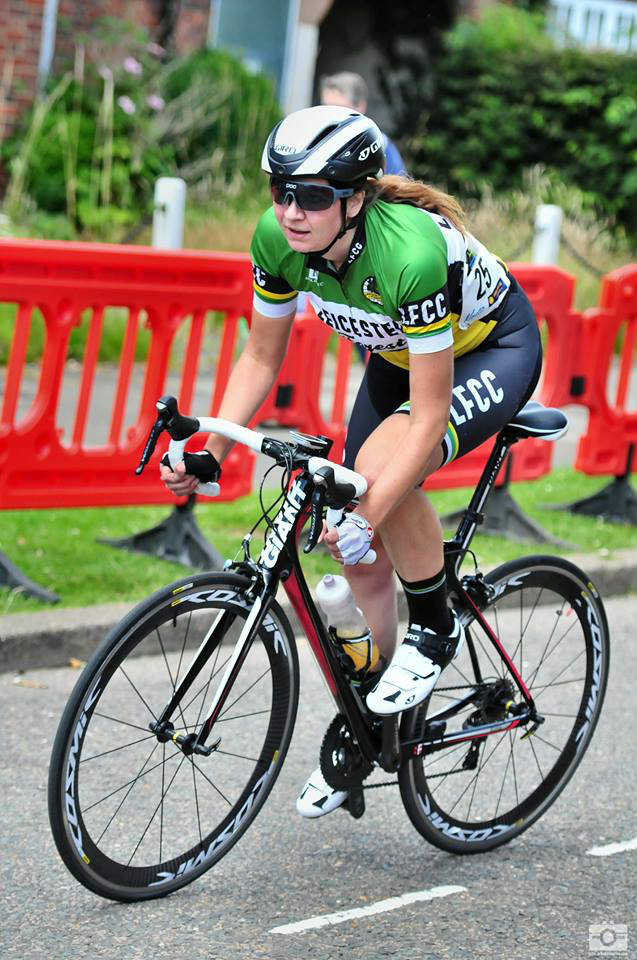 All of a sudden September is upon us and the end of race season is in sight. It’s been my first season racing, it doesn’t seem five minutes since I was worrying about entering my first race! Its been a learning curve, with a few challenges on the way and also great fun. It’s gone much better than I expected, from not quite knowing what to expect my initial aim was just not to be dropped on the first laps. So to come away with my cat 3 license plus a few more points, I’m pretty pleased! I have put together a little write up on some of the races from my first race season. 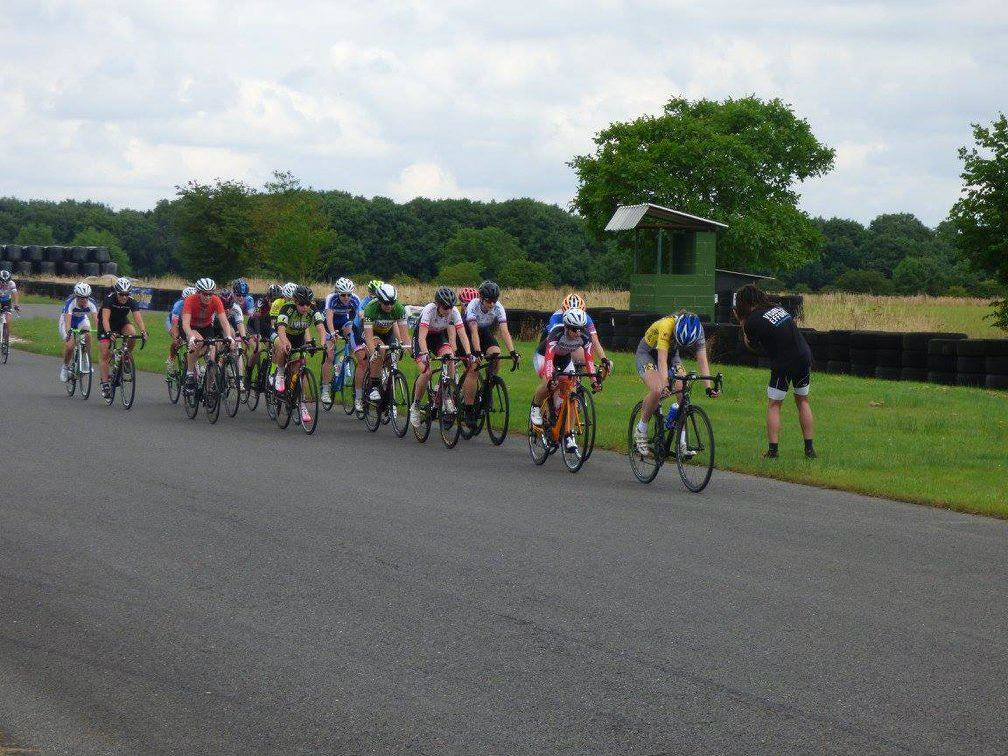 My first race I entered was a 3/4 circuit race at Darley Moor in Ashbourne, Derbyshire. Living in South Leicestershire this is one of the more local races to me alongside MK Bowl also detailed below. For anyone new to racing it’s a good track to try. The atmosphere has on all occasions always been friendly and encouraging. The track is a triangle shape, with bends and chicanes but nothing too challenging to put anyone off. This season I have raced here 4 times, each being totally different, as races always seem to be! No two even on the same course are the same. I was so pleased with my first race here, there was a field of 25 and my aim was to sit in and not be dropped. I was so happy to finish 10th, totally surprised myself. A good start to the season! Two of the races here sadly weren’t so well supported with only 8 riders entered, it’s such a shame these women’s races aren’t well supported. If you’re thinking about having a go, just go for it. It’s not as scary as you think! 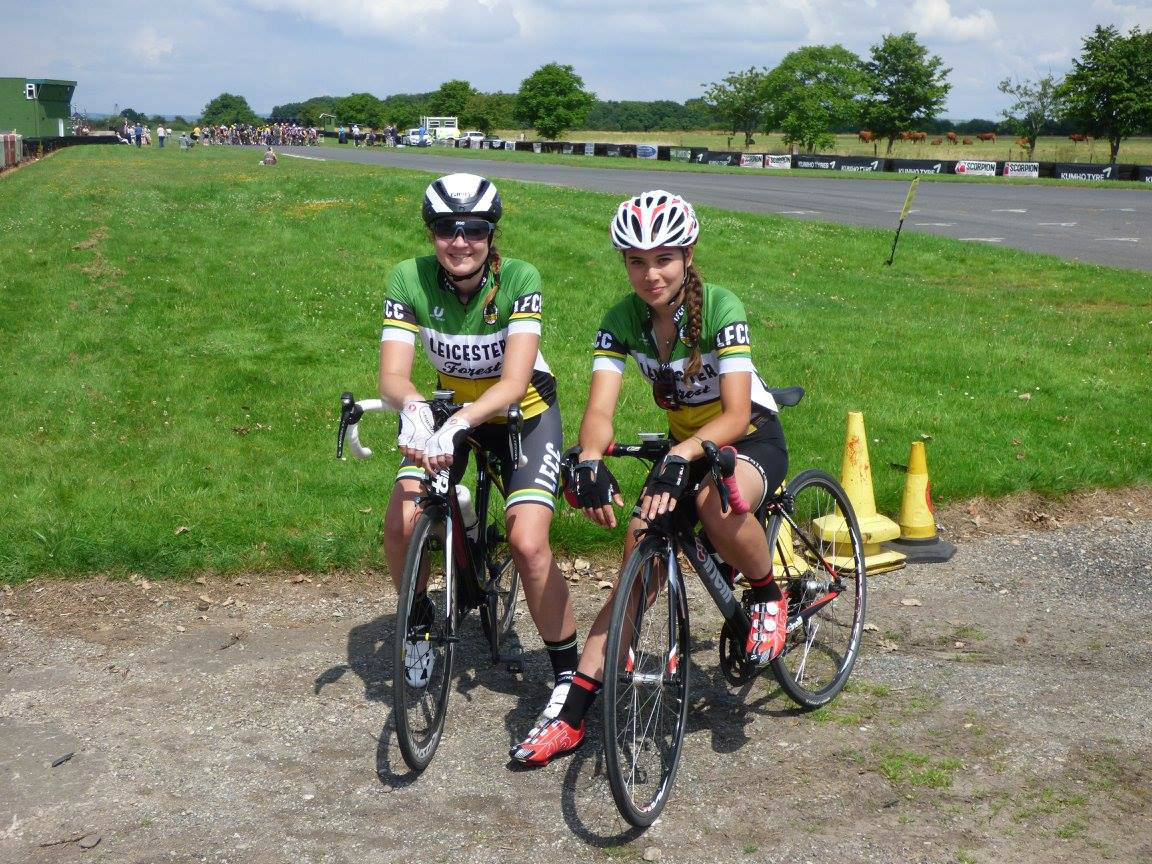 This course had been one on my agenda for this year to compete on several times this season in their mid week races. However for whatever reason again they just didn’t get the entries for the women’s races which is a real shame. Hoping that these races continue next year so that we can try and support them to grow. I however didn’t have the best race here when I had a solo slide / crash around the corner.   One minute I was riding round the corner, the next I was sliding. I have ridden this course in BC women’s coached sessions a million times before and it was totally my fault! I’m more surprised I wasn’t really put off, It was a shock and I had ripped my new Leicester Forest shorts, but I sat a lap out got myself together and joined back in. I then managed somehow to finish 6th so it wasn’t a total disaster! No one else involved and it was just my own mistake. Again, a learning curve! 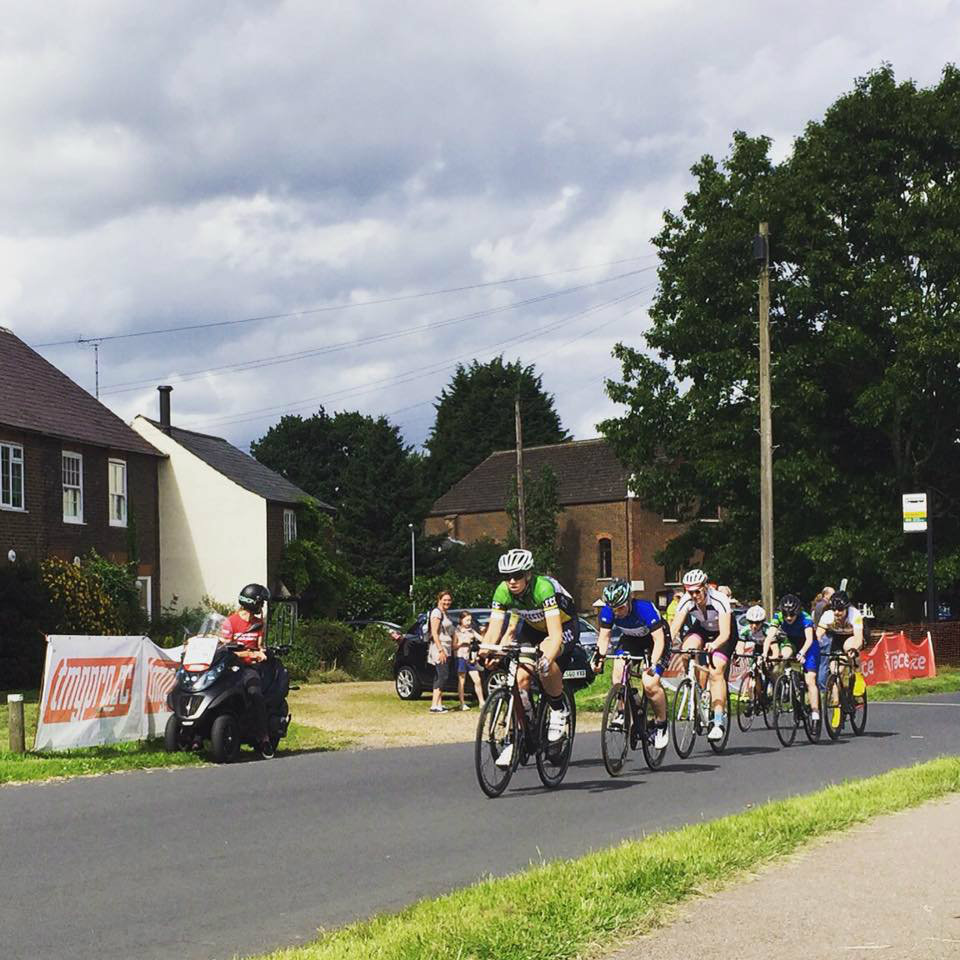 I decided to venture a little further south in venture of some good racing on different courses and some hopefully large fields. I had thought about it and if I was wanting to race I was going to have to travel a little to get there, full of determination I ambitiously entered a few races online. I dragged my sister along for a “day out” she proved to be quite the support team! For this race we were really pleased to find a lovely little bike fete on the village green, quite aptly named the ‘Fete Du Velo’. My sister Katie appreciated the nice coffee and cake stands and some jazz music and of course the fast and exciting racing! It made for a quaint day out! We were treated to some lovely weather and I was feeling strong from my Alps trip two weeks previously. A little too ambitious in this race maybe and spent far too long on the front, then outclassed in the sprint. I managed to just get in 5th but could have done a lot better had I have sat in that little bit more. Well yet again, another learning curve! 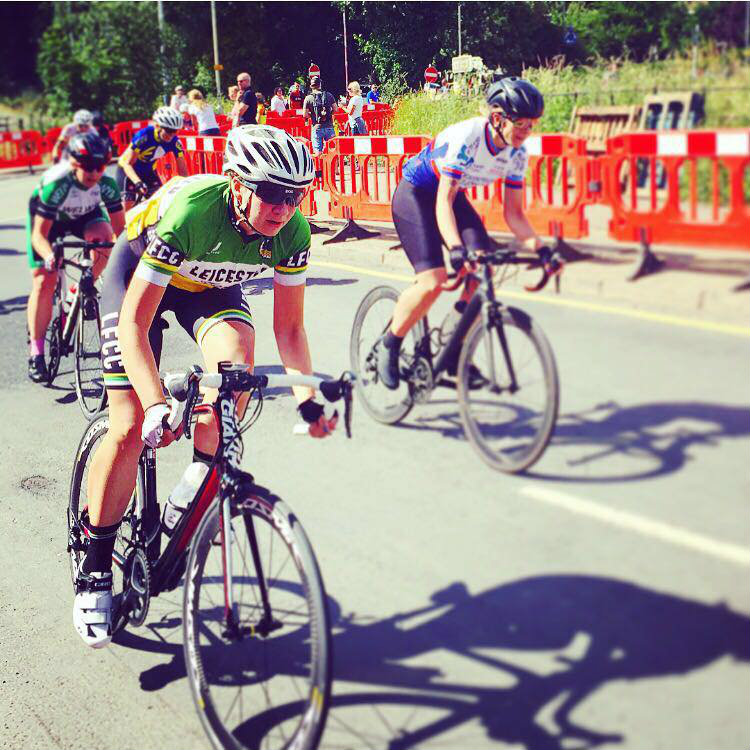 I never really felt too nervous turning up to the start line. There are always some nerves, I don’t think I could expect to try my best without a few nerves. Each week my support team sister would say we go through the same process. Me saying ‘Hm I’m feeling a bit nervous now’ an hour before as I try and work out where I need to be and when! However turning up to this race it felt like a much bigger deal, there were crowds and commentary and music and lots of girls signed up to race already in advance. It was one of the bigger fields I had raced in and I hadn’t turned up early enough to be able to ride the course in the open riding session. This was worrying me as I knew there was a sharp corner which I couldn’t even get near to have a look as the area was all closed off! The course also had a hill in there, ‘not my strong point’ I’m telling myself! So I was feeling more nervous for this race but it turned out to be one of my best races. I’m came 7th but I was happier with just how I rode, cornered well, felt confident and read the race to go with any attacks. It was also really fun having some cheering crowds and a bigger field always makes for a better race. 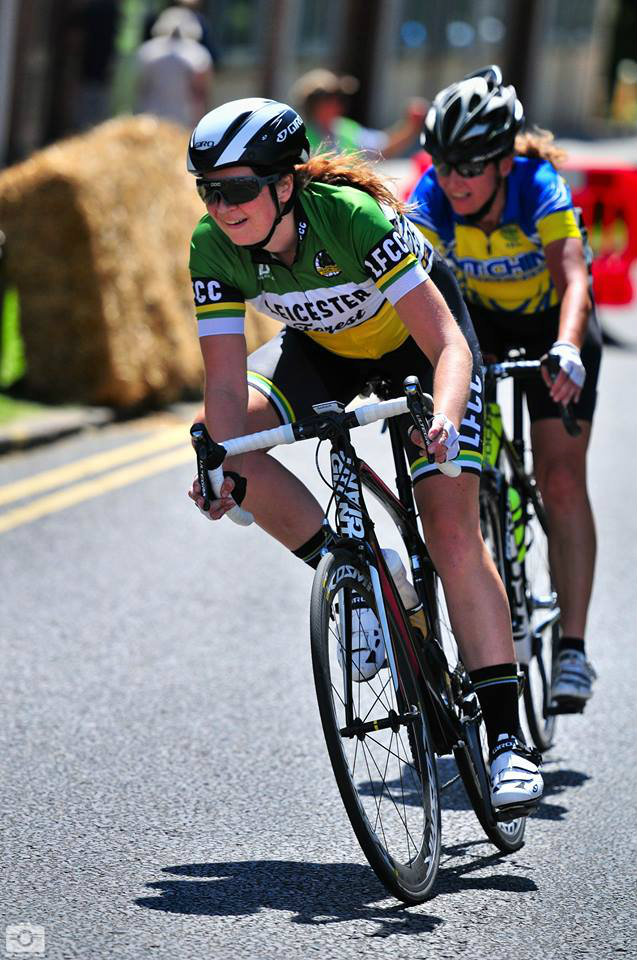 This race for me was a bit of a reality check as I think this was the strongest field I had raced in. The Welwyn Petit Tour was another brilliant event, a whole day cycling festival. For cycling fanatics it makes for a great day out. The course was quite technical with 8 bends in a short circuit, and had another healthy sized field again but with some really strong riders! I didn’t get the fastest start off the line and on a course with so many bends it was near on impossible to leap frog round so many riders, especially when the pace was high and with so much sprinting out of corners. I managed to group with a few riders and we rode together. So I didn’t get the top 10 finish in this race, but it was a great experience and a really good day out. We stayed for quite a while watching the novice races and also the trip was worth it for a great photos from John Orbea. 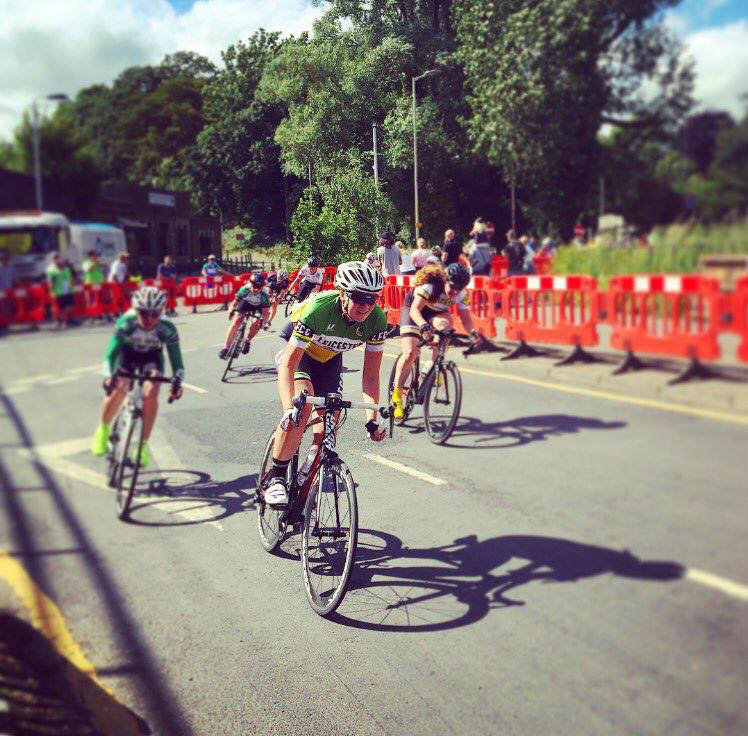 As the Harvey Hadden races weren’t taking off I was looking for some other local women’s races to have a go at. One of my friends and fellow Leicester Forest riders, Fiona had been racing here a little and so I said I would come along too. These are other great races to try for some racing experience. It’s a 234 women’s field, each time they always had at least 12-15 riders and often more. I raced here 4 times and each one was totally different depending on who turned up. From chasing attack after attack and hanging in right until the end right down to steadier races where no one wants to do any work until a sprint and then there was being lapped twice by two very strong MK riders in a powerful 2up! There isn’t anything technical about MK Bowl, it’s a round circuit with a hill in and a fast downward section. The men’s cat 4 race runs at the same time as the women’s which can be interesting, good communication needed between riders but largely it is unproblematic. The organisers are really friendly and each week I was asked if I’m related to the former world champion, the answer being no every time! Then again that seemed to be a common question this year at time trials and races, most weeks!

So it’s been great fun, even just writing this piece I’m remembering some great days out at different places. Each week I learnt something different and met some great people. I’m 17 points off working towards my cat 2 now. However other than potentially a couple more late season races I have decided to work towards this for next year. I’m enjoying doing some more social riding in groups and might even try a couple of local hill climbs. Then it’s time for some winter training and a whole new season of racing in 2017 – cant wait!