Cycling within the centre of Barcelona does take a little confidence, it is a city after all. However having hired a bike for a few days, once I had gotten used to the busy streets of a Spanish city it proved an absolutely brilliant way of getting around. 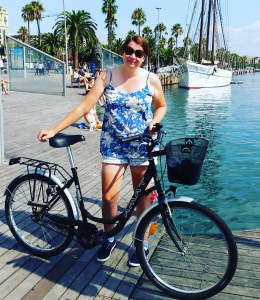 The bike I hired as you will see was not a bike I would normally be riding. It had thick tyres, was single speed, had an extremely comfortable seat and of course a basket on the front! This was a stead built for comfort, not speed! 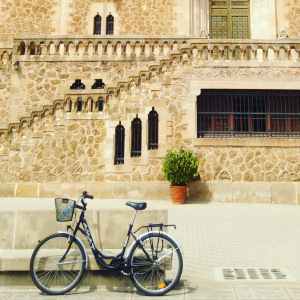 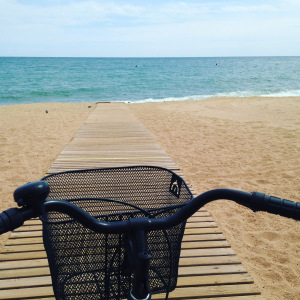 A cycle path that takes you right onto the beach and to the sea… amazing!
Barcelona offers some brilliant sights of architecture and unique features. In a city of this size there is something for everyone, whatever your interests. After a weeks cycling previously further North around the historic city of Girona (post to follow!), I wanted to sight see a little and rest a little too. The few days spent here did just the trick. 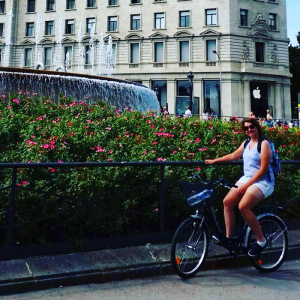 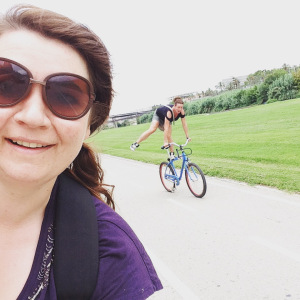 Someone larking around in the background, not recommended to try at home
The city has very clearly marked cycle paths, complete with specific traffic lights for pedestrians and cyclists. It’s a cycling city, for commuters and tourists alike I can now say that yes, Barcelona is very accommodating to cyclists. The cycle paths often have their own designated area on the road which creates a safer place to be riding. However it’s a city, in places it is very busy. I’m a country girl and so the pace of the place in the busiest area took some getting used to. 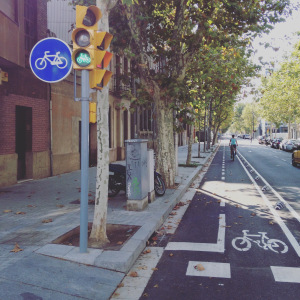 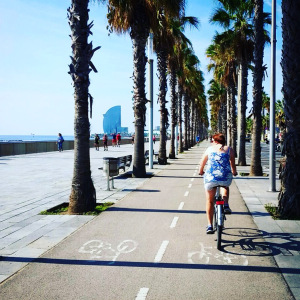 Such clearly marked out cycle paths, the quieter ones outside of the city centre and those along the coast are brilliant
Steady riding was the order of these few days, and once the sight seeing is done my favourite rides were to go along the coast and also along the river and we did this several times. We also managed to get out a little further towards the shipping port area, and then could enjoy a brilliant view looking across the port and a nice panoramic view of the city too. 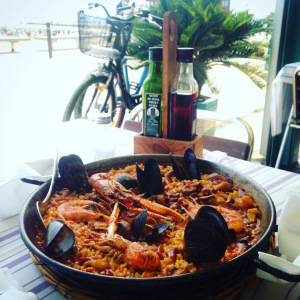 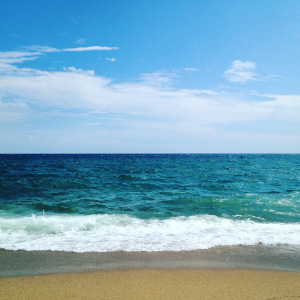 The most amazing paella and a beautiful coastal view!
So if you’re heading to Barcelona, hire a bike, see the sights and enjoy 🙂