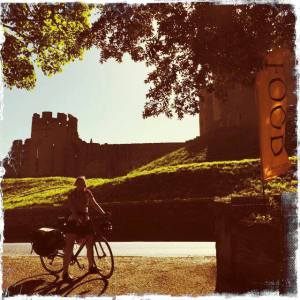 There is something really appealing about cycle touring and it is something that really interests me, and that I plan to do at some point. The open road and just being able to go wherever you wish. You get to see places and things on your bike that you wouldn’t be able to otherwise. A lot of what I do is road cycling, and sometimes the pressure can be on a little too much to focus on speed, distance, elevation and strava segments. I get a lot of satisfaction out of the sense of achievement with this, but sometimes its important to switch off from this too. Just to enjoy cycling!

The Sustrans ‘Coasts and Castles’ route which is a 200 mile route running from Newcastle to Edinburgh which runs along the East Coast. This is just one of the national cycle routes, route 1 through Tyne and Wear, Northumbria and then up into Scotland. Along the way offering coastal scenery, riverside sections and then views of the Scottish hills. 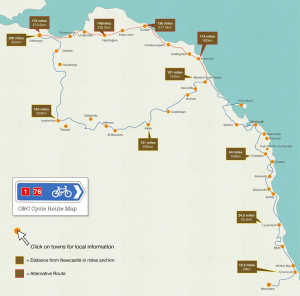 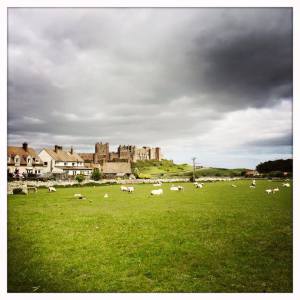 I speak to a group who recently rode the route. The ten women who have in the past planned and carried out several cycling touring trips which included riding along the Sustrans ‘Way of the Roses’, cycling the northern loop of the Lancashire cycleway in a weekend and their first trip which was a French adventure along the Canal Du Midi. The group will later be going to Provence, France and some riders will also be touring in Croatia.

I ask the group what is it about cycle touring that appeals so much? They respond explaining how ‘you get to see everything, and it’s at a much steadier pace’. I can see the appeal, you get to see things you wouldn’t usually and the views on this route do look stunning. For anyone who loves cycling and wants to get out to explore I cannot see what isn’t to love. 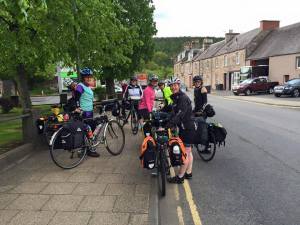 I also ask the group about the highlights of the trip, and there are so many to mention. The views of Lindisfane Castle on Holy Island, the seals that can be seen in the distance from the viewing tower. The panoramic views from Scott’s view on the way the Earlston then climbing through beautiful countryside. Also the moment when after a long climb being able to see Edinburgh in the distance, and finally the beautiful architecture in Edinburgh itself. It wasn’t all so straight forward as one member of the group explains – ‘I had to get a train back home on Sunday. There were a field of bullocks between me and the cycle path. Helmet pulled down, I walked through the starry eyed herd terrified ready to launch my bike and run if they looked like they were going to go for me. These scary monsters were described by others in the group as, ‘friendly, if a little frisky’ ‘. All part of the great outdoors potentially, but the comments on the trip are all made with such enthusiasm it’s clear that a great time was had by all. 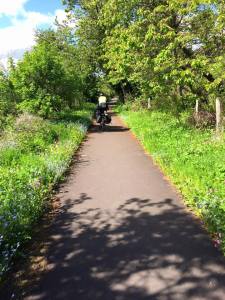 The group stayed in youth hostels during their tour, which offers somewhere to stay in a bike friendly environment along the route. The tour was carried out with some of the group on touring bikes, and a couple on road bikes, which did prove a little tricky on some of the off road tracks suggesting the route isn’t so well suited to road tyres. Average mileage per day was 50 miles, and at an enjoyable pace to suit the group and also take in the views, scenery and culture along the way.

Photos were provided by the group themselves.

For more information on the Coasts and Castles route visit – www.coast-and-castles.co.uk/