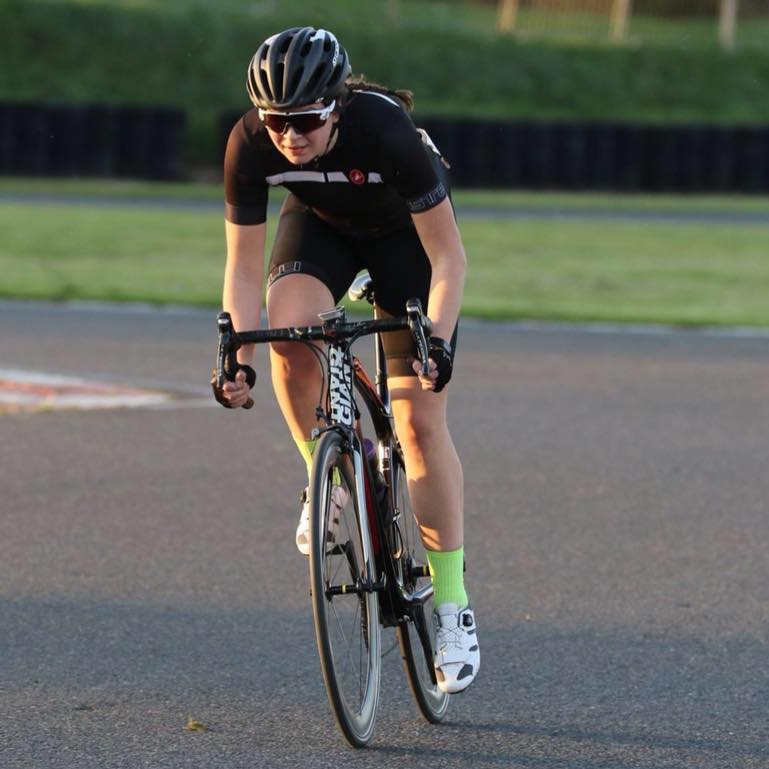 After a good season racing on the road and time trialling in 2017, I had my hopes on another good season for 2018. However having been struck down by early season flu my body had other ideas!  Looking back it took me much longer than I had given credit for in recovering. Not only that but I had lost the love for training and racing, it takes motivation and dedication to stay committed. I decided to take a step back from racing this year and instead just enjoy riding my bike, keeping fit and taking part in a few sportive events, club runs and riding with friends. I still have been to some great places on my bike and it’s been fun and refreshing to have a little recap on some of the things that I have achieved despite my plan for the year taking a different direction. 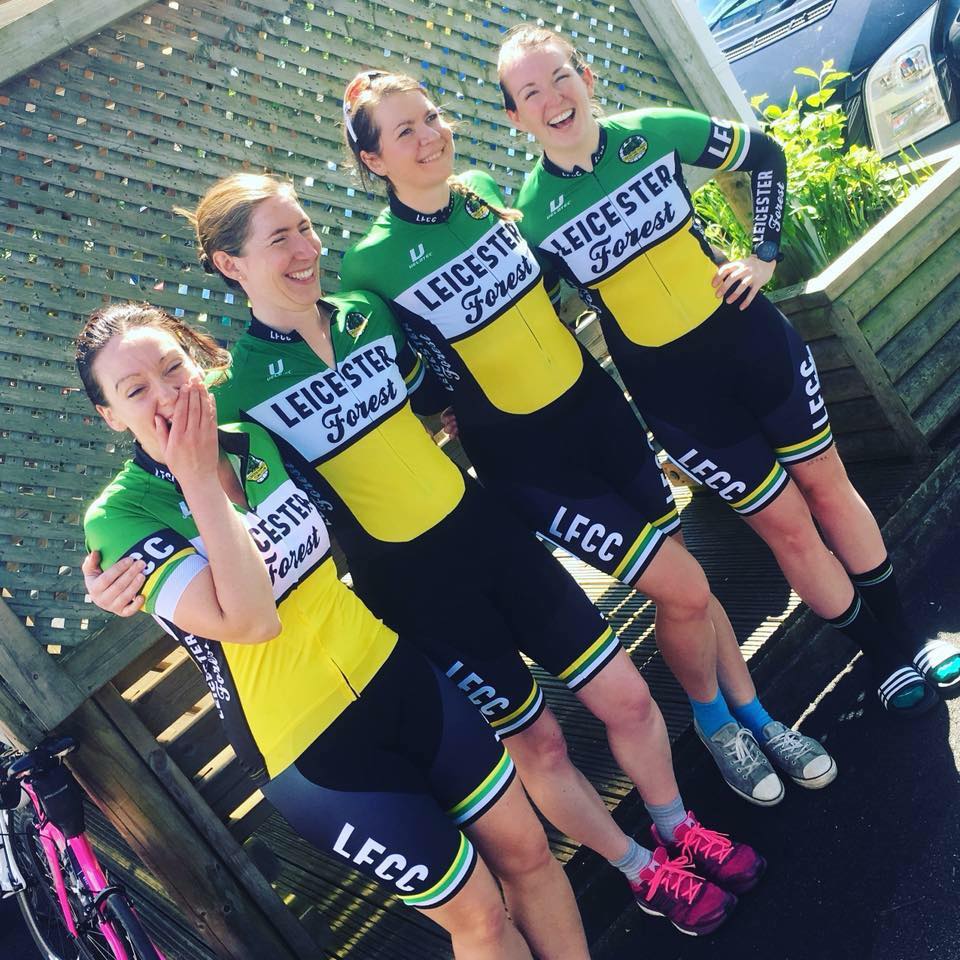 I’m lucky to have a really great group of girls that I ride and train with from my cycling club Leicester Forest CC. We trained together over winter practicing techniques for road racing along with our team time trial and then continued this throughout the summer too. We were thrilled to come 2nd in the race but more than anything it was a great team event to take part in and I was really proud of how we rode together. We had three teams from our club in total, one women’s team and two men’s teams, this along with our club supporters on the road made it great to be part of LFCC. We’re planning on entering again in 2019 and lining the roads with green and yellow jerseys! 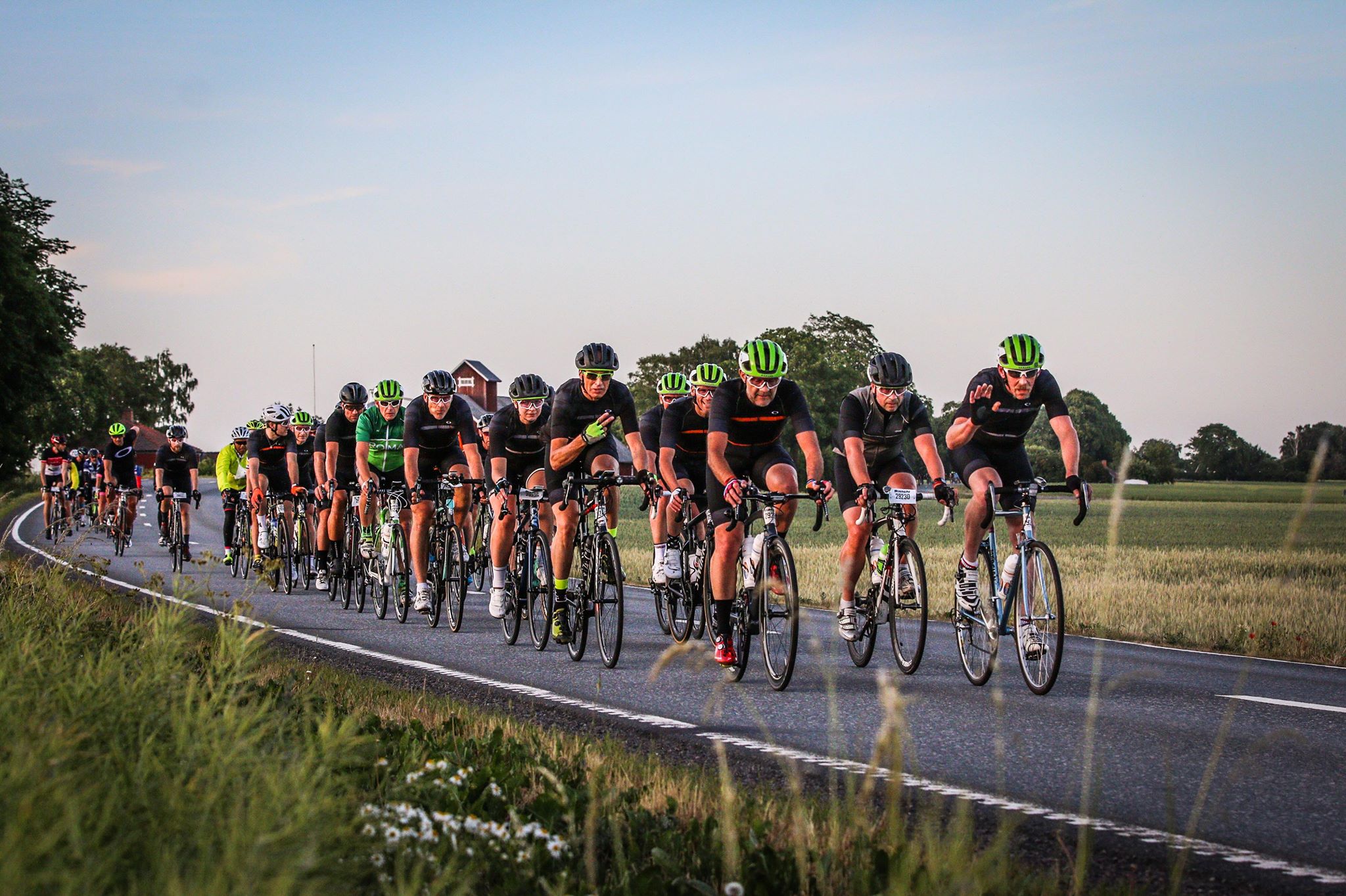 This was an opportunity to ride through Oakley / Rutland Cycling. The Vatternrudan is a 300km mass participation event taking place around Lake Vattern in Sweden, I hadn’t ridden this far before and the event was to start at 8.12pm and so we would be riding through the night. It has to be one of the hardest rides I have done but also one of the biggest achievements that I won’t be forgetting in a hurry! I would recommend this event to anyone looking for a challenge, plus the road surfaces were amazing as was the blueberry soup! You can read more about this here. 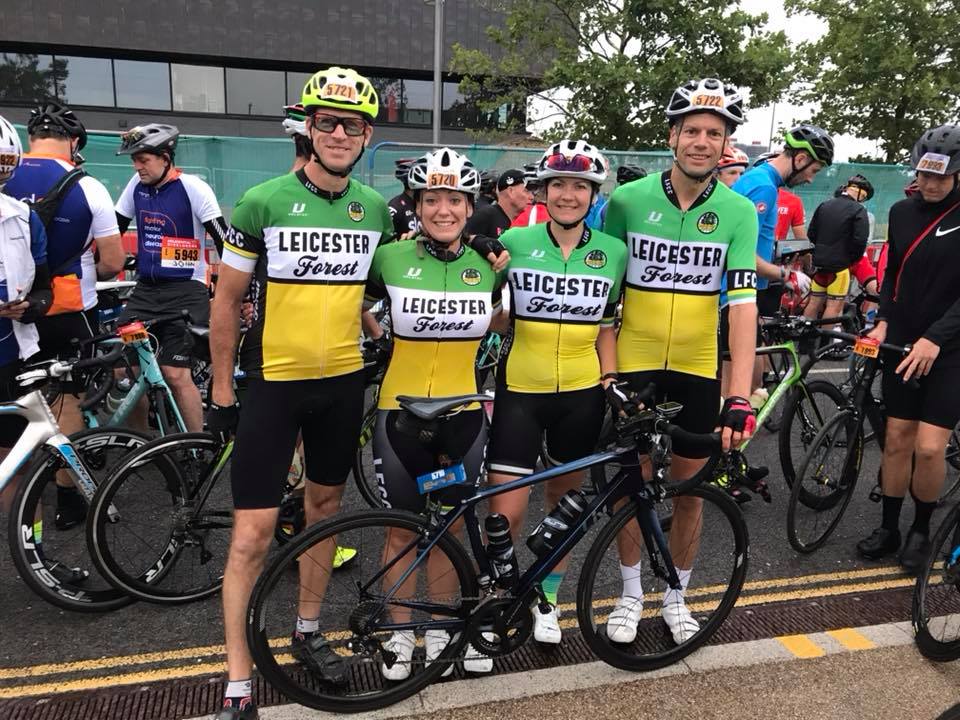 Another Leicester Forest CC challenge, this time part of a mixed team to ride in the Prudential 100 closed road sportive / Ride London. It poured and was basically five hours of riding whilst soaking wet! It was slower than I would have liked, but the first time I have ridden 100 miles without stopping! I was glad to see the finish line and riding down the mall was something quite special. 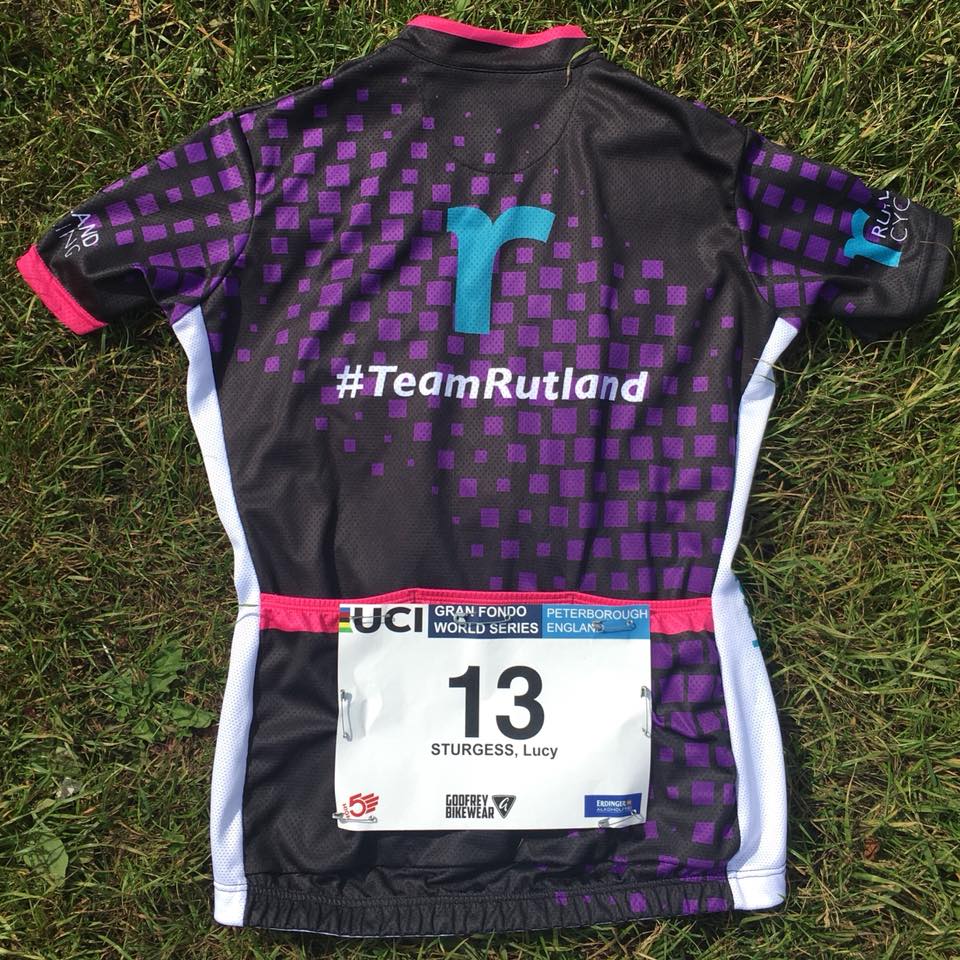 This is my second time riding TOC and I was pleased to finish and qualify for the UCI Gran Fondo world championships, finishing 16th. It’s a fast course, but it can be super windy in the fens. The format of the race had changed this year which I thought actually made it a fairer race within the women’s categories, it’s great to be able to ride on closed roads though and a great atmosphere with the crowds out cheering everyone on. Its an event I recommend! 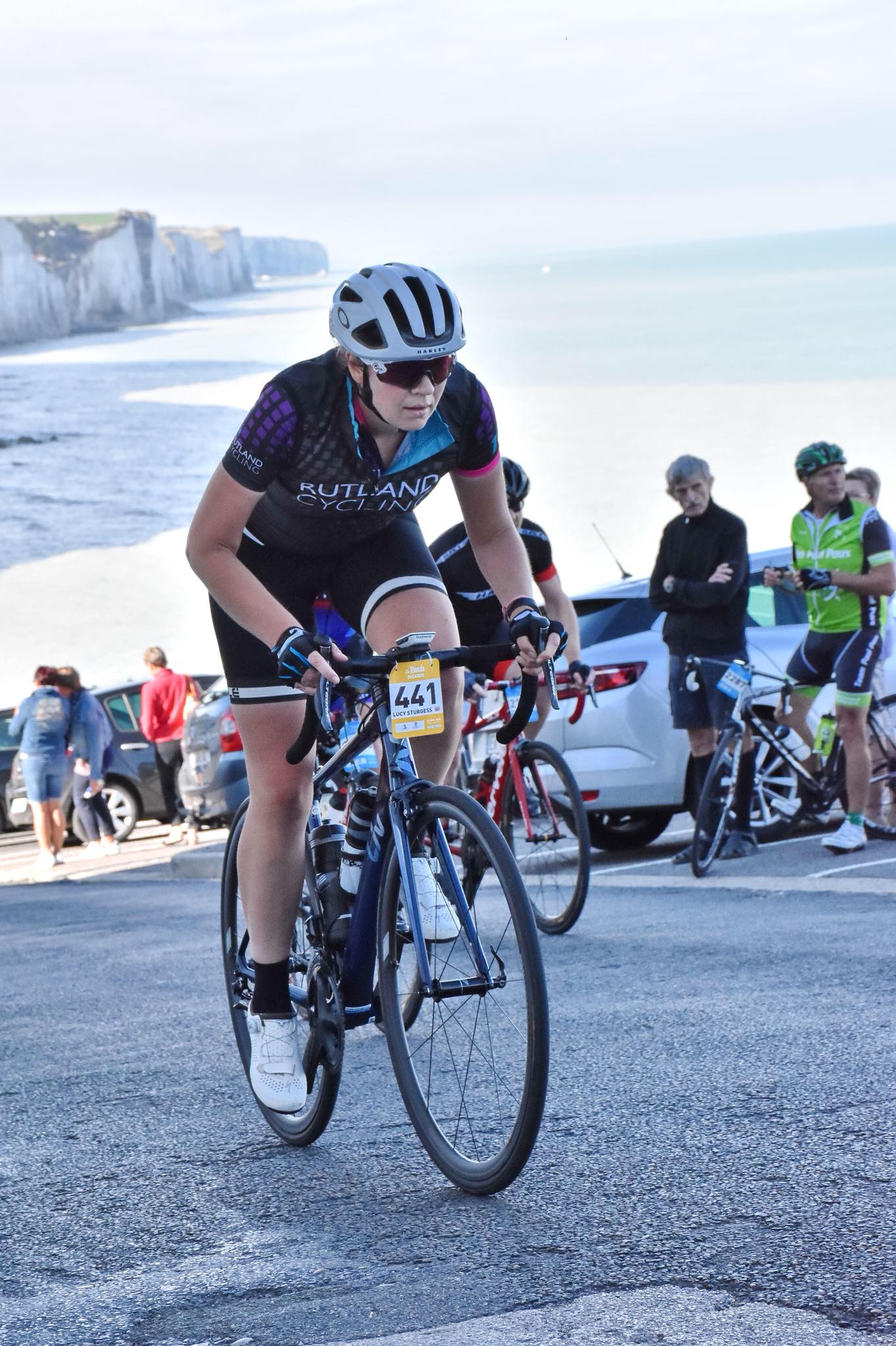 This was another sportive event in Abbeville, France in a large international field. The route was 114 miles, the start being absolutely flat out and a sorting process of riders into groups for about the first seven miles. Its largely flat with some rolling hills towards the start and finish but again really windy in the flat open areas and especially near the coast. A tough day out, but I was pleased to finish 4th in my age category and just narrowly miss out on a podium position! This is definitely an event for 2019 for me and hopefully take some club members along with me too and I would love to finish on the podium in 2019. 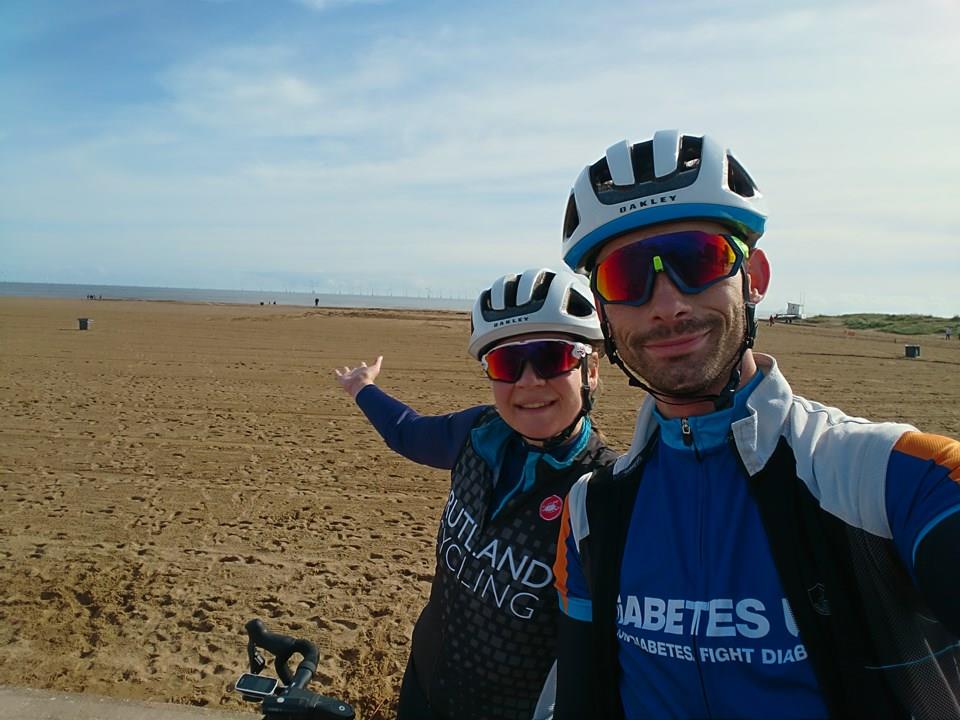 In an attempt to raise some money for a good cause, my boyfriend Carl and I decided to take part in a ride to the coast and back. In total 174 miles, but collectively we managed to raise over £1000 for both Loros and Diabetes UK. I wont be committing myself to this again in a hurry it was a tough ride mentally and physically. It might be flat but the brutal head wind return and grippy road surfaces made for a long day in October some dark moments on the return ride but i’m proud to have finished alongside my best domestique! A long way to go for fish and chips…

Hopefully start building up some fitness and enter some races again next year! I would love to get back my 2nd cat racing license and improve in TT PBs at 10, 25 and 50 mile distances. We plan to enter some of these races together as a team for Leicester Forest CC. I also really enjoyed club runs and group rides this year, so more of that. The thing I love about cycling is the places it can take you and that it can be anything you want it to be so here is to more adventures and exploring in the new year.

Happy Cycling Everyone in 2019!