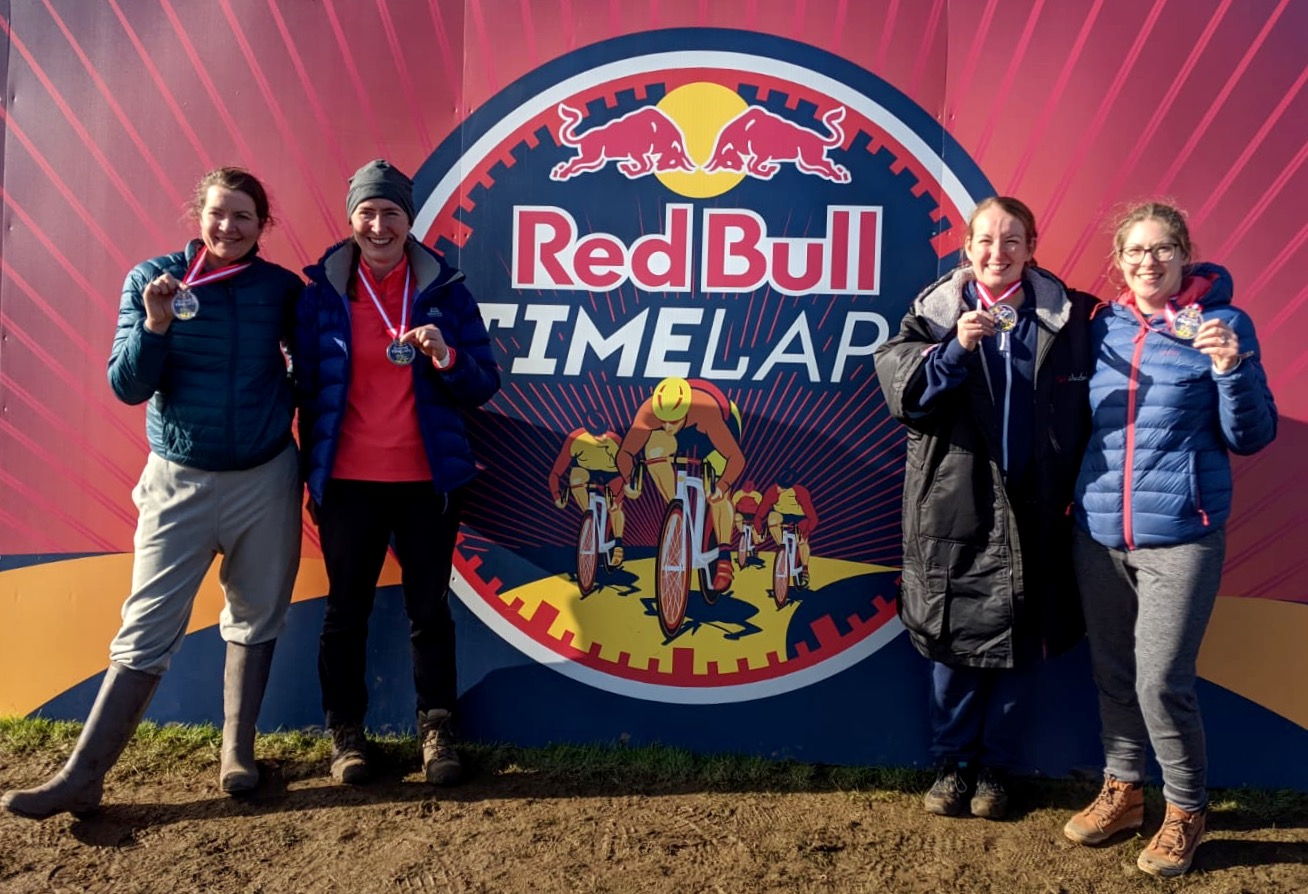 Earlier this year I entered a team into the Red Bull Time Laps event. It’s a 24 hour race on paper, but actually 25 hours due to the added hour when the clocks go back. I’m not short of friends who are up for a challenge and so recruited in three of my other cycling buddies from Leicester Forest Cycling Club. These were girls who I know would give their all, are team players, say ‘yes’ and work out how afterwards, just the attitude you need for this kind of thing! I can tell you now that they didn’t disappoint…

‘Planning and preparations seemed to go on forever, it felt like we had been talking about this for months and months. Who was bringing what, what we needed, how we were going to go about it all, what we were going to wear, which bike, which wheels, what colour socks… you know all the practicalities’

Planning and preparations seemed to go on forever, it felt like we had been talking about this for months and months. Who was bringing what, what we needed, how we were going to go about it all, what we were going to wear, which bike, which wheels, what colour socks… you know all the practicalities. I put together a plan of who was riding when, the plan being that I would do the first hour, Anna would do the power hour, we would keep our first sessions to an hour each in the day light to keep the pace punchy and then do slightly longer over night so that everyone would get more rest and recovery in between. It was always in mind to be flexible, as we had no idea how anyone would feel once tired and fatigued and what might happen. I wanted us to be as competitive as possible as a team and we would make the adjustments to be able to do that. I’m really lucky in that I get some support from Science in Sport, it means I use their nutrition for all of my riding but also that I am able to get some really top advice on fueling strategy. It gave me confidence in what I was going to be eating and when and that I had a plan to work to that I shared with our wider team. 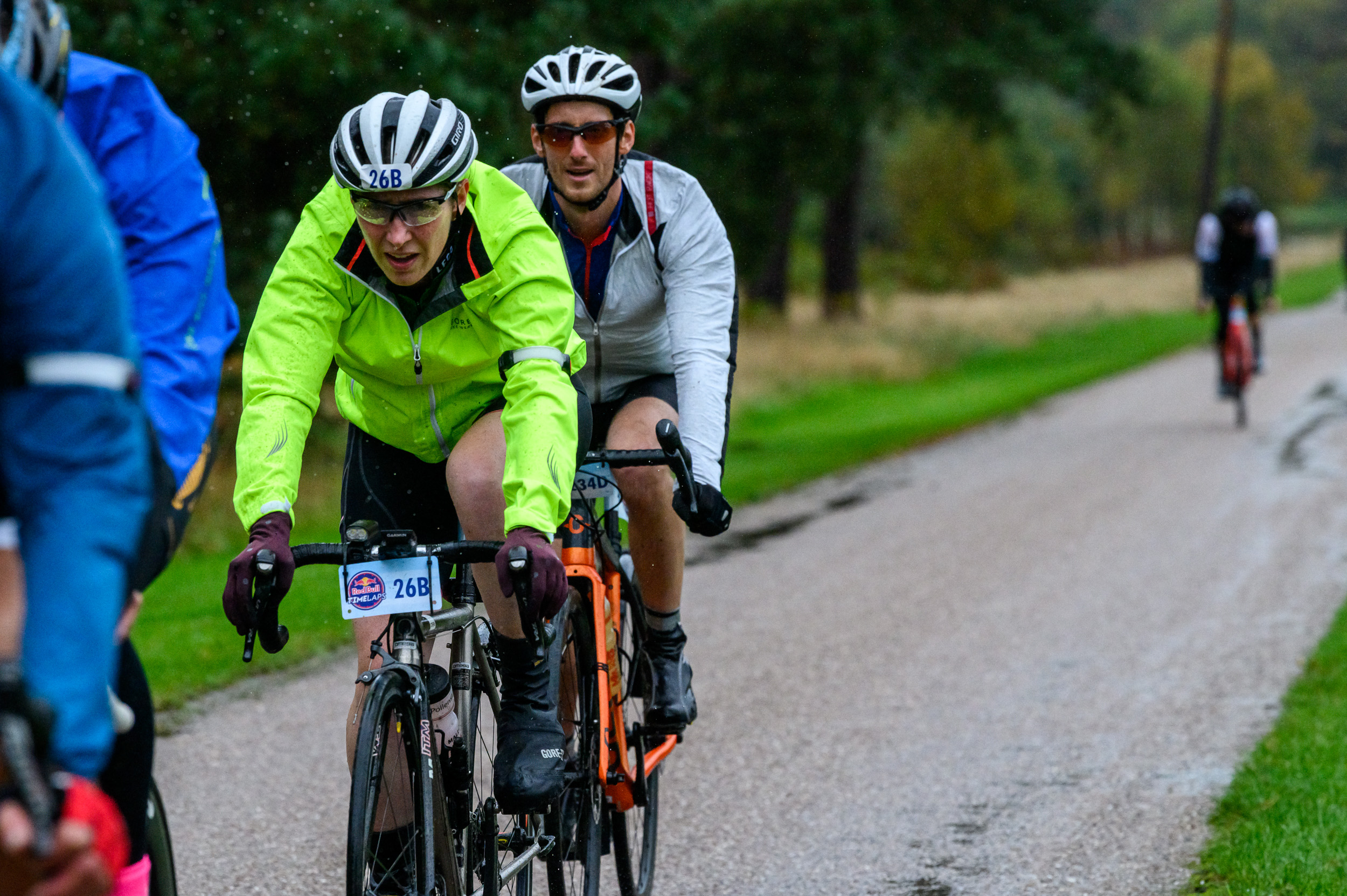 So race day came, we had stayed in a hotel near by the night before to save a long journey and getting everything prepared was a total flap! We had tents to put up, gazebo to get up, needed to get registered, needed to get race numbers on bikes, be ready for the briefing and ready for the sighting lap. It was at this point that our Directeur Sportive / team mechanic Stefan came to our rescue, jumping in where ever he could to get us organised! There was threats of rain (it was due to pour later!), our gazebo was missing a piece and so that was a no go, we were flapping with bits and pieces and organisation of kit, but he just kept calm, kept us organised and we did eventually make it onto the course for the lap in time and soon after we were ready to roll!

The mass start was amazing! 250 plus riders lining up on the start line and it gave me a really fast few laps as the first rider off in our team. It was like a road race or European Gran Fondo start. I ended up getting in a really good group and felt super pro being filmed by the motorbikes, a result of being on Keira McVitty’s wheel! I did my four laps, and then ran into transition feeling like an iron man triathlete handing over the baton to the other Lucy, and off she went! It then poured and over the next few hours every rider was coming off the track absolutely soaking wet from head to toe. Putting on wet and cold cycling shoes again and again became the norm, pretty grim! However everyone came off the track on a high from riding and then did their best to get dry, warm, refuel, rest and prepare for the next stint. 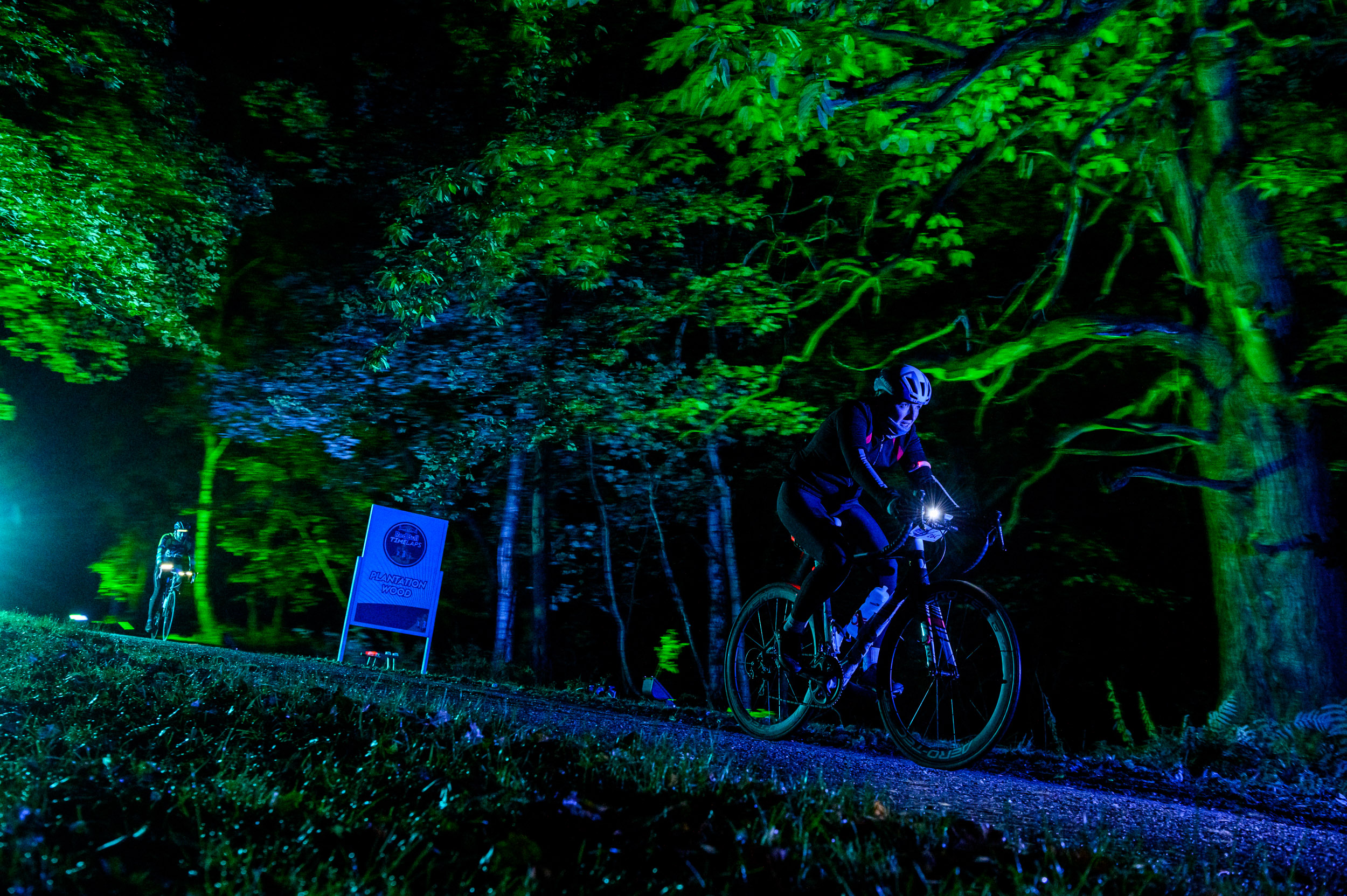 The weather was one thing to test us, the next challenge came with darkness and tiredness. I noticed Anna really seeming worried about the lack of sleep and battling fatigue, Anna is super strong having gained her 2nd cat road race license this year and having clocked some really good TT times just in club 10s. We agreed that I would take over to ride the power hour instead of her so that she could get a little more rest in between, if anything is really important in this its communicating and being flexible to each others needs. You have to be honest about how you’re feeling in order to get the best out of the team. The power hour circuit was really cool and lit up nicely throughout, I was a little worried about racing round it without having had the chance to recon it before especially with it being wet and having heard it was a ‘tight circuit’, in reality it was fine but I really struggled to get in with a good group with the groups I found myself in being far too fast or me just riding away from them. I left feeling I hadn’t done the best job but gave it my all and managed to get 6 laps in which counted as double and we were at this point in 10th place. 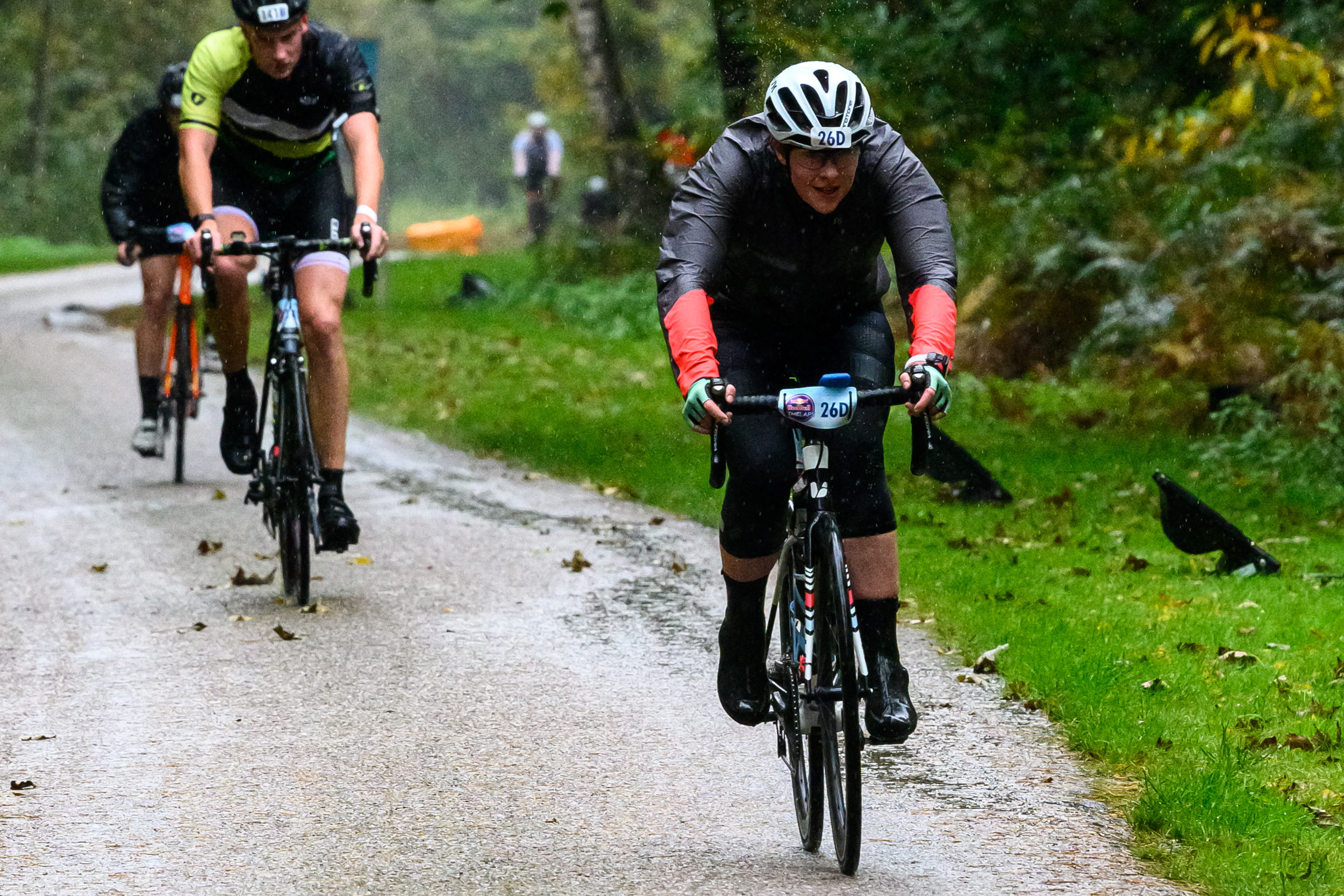 The hardest rides are the most worthwhile in the end.

The night time hours are really tough, its hard it being a silly time in the morning and knowing you need to get up and ride, that you don’t have long to sleep, trying to make yourself eat. As an event its brutal and I can confidently say we all had high and low moments. I only got a couple of hours sleep in total that night and felt pretty shattered, but managed to keep waking myself up ready to go. When daylight finally came we were given a new lease of life and everyone was putting out some really good strong turns, Vicky did some of her fastest laps on the final morning, Lucy C managing to get in some good groups and Anna doing some really impressive lap times too. The final session came to Anna who got in a good group and really powered round those last laps to bring us home. We all went to the finish to cheer her into the finishing straight and It really was a high just to have completed the event.

There were highs and lows, there were tears and laughter but we made it through and were proud to finish in 10th position. Not bad for just a little group from a cycling club team in Leicester!

The hardest rides are the most worthwhile in the end. 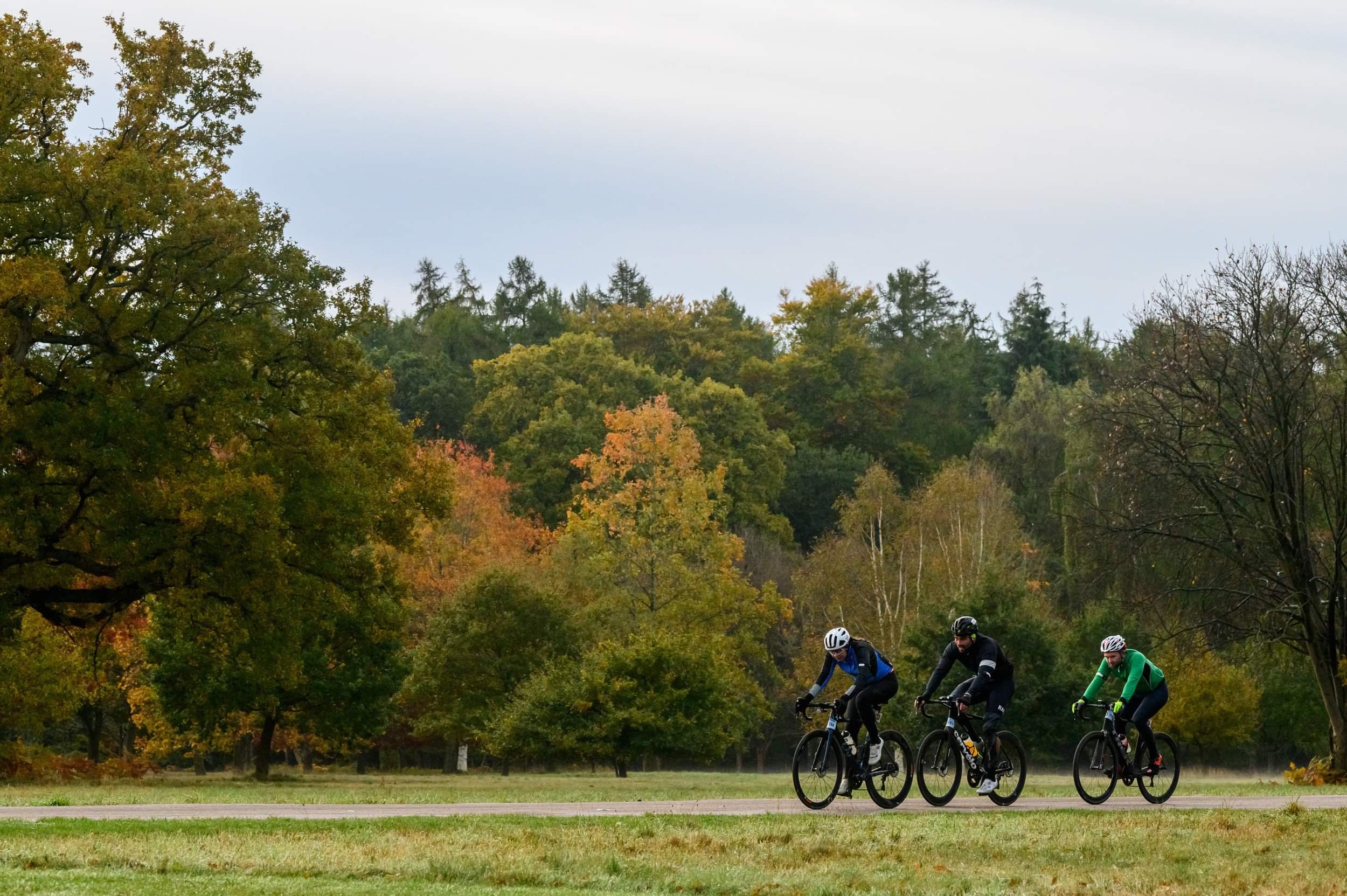